Graduate of Minin University, Olympic champion Natalia Voronina: "My goal is to take part in one more Olympic games!" 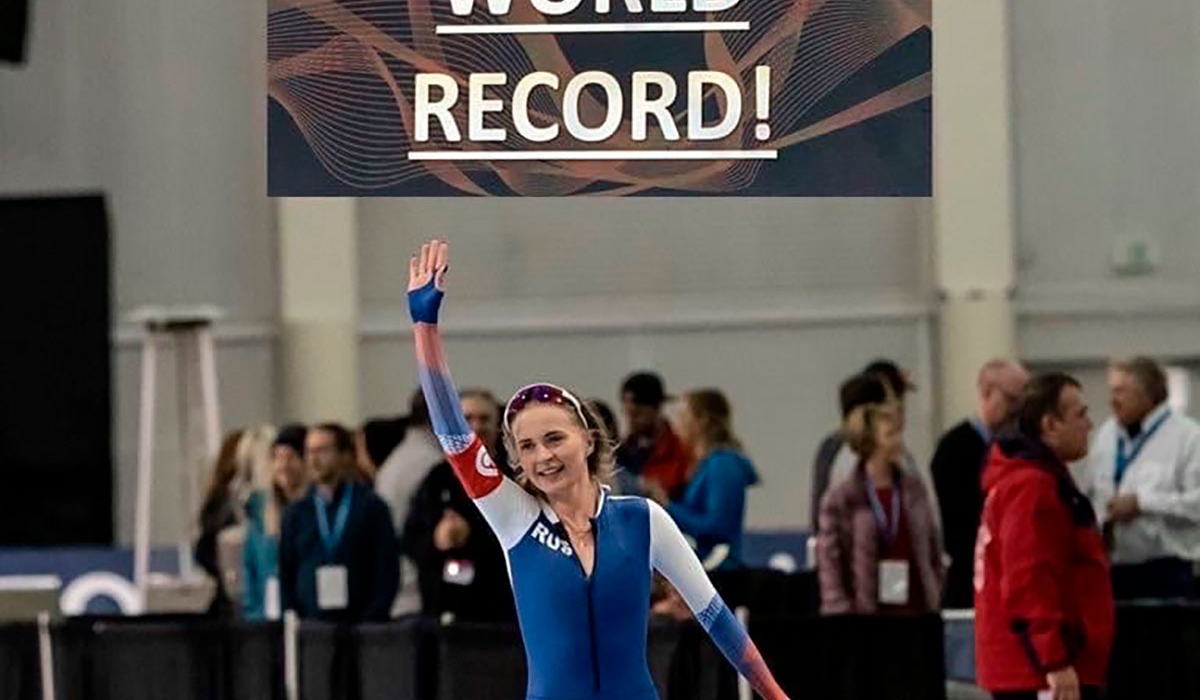 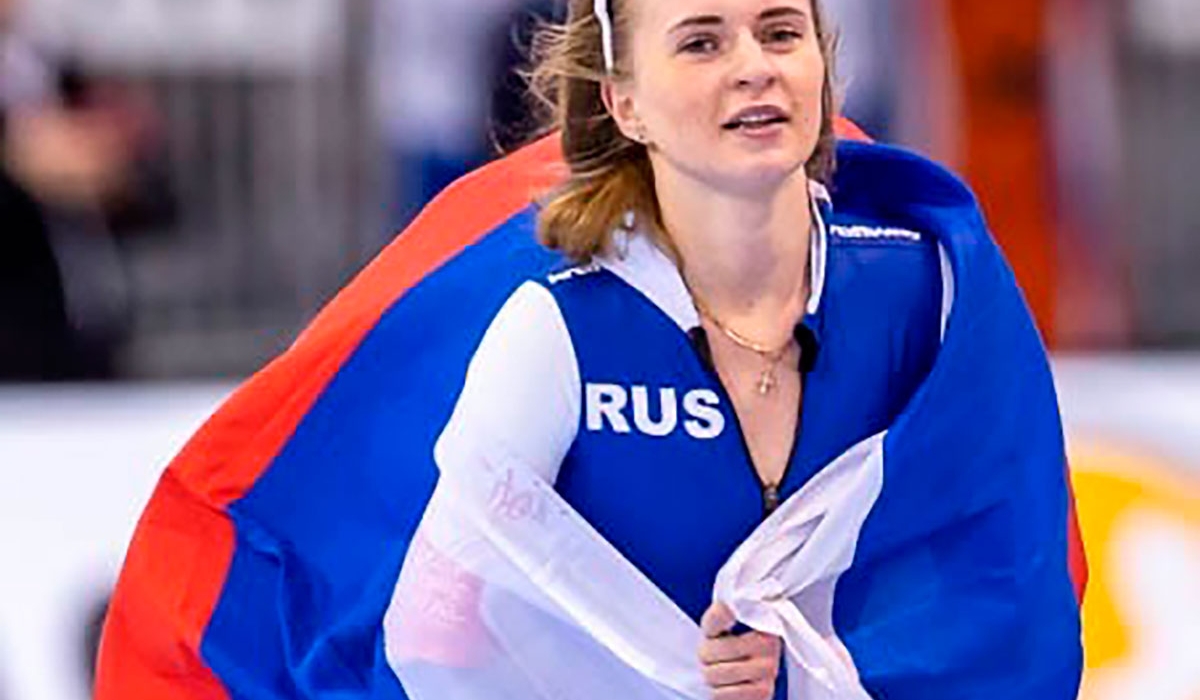 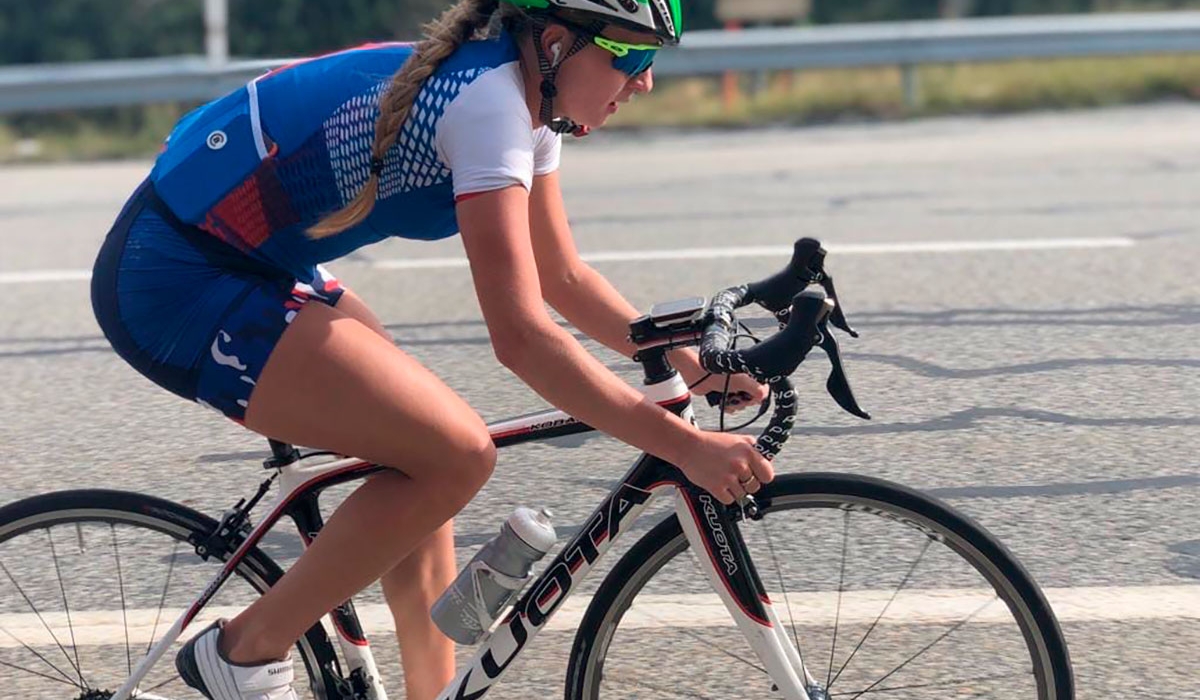 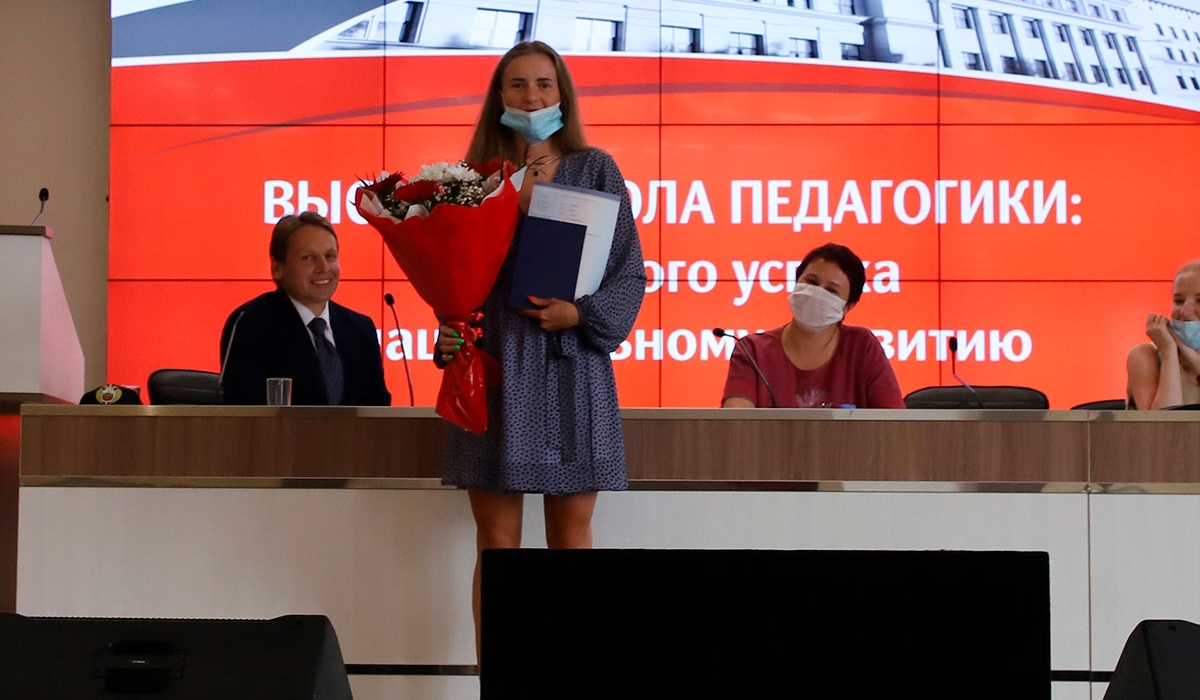 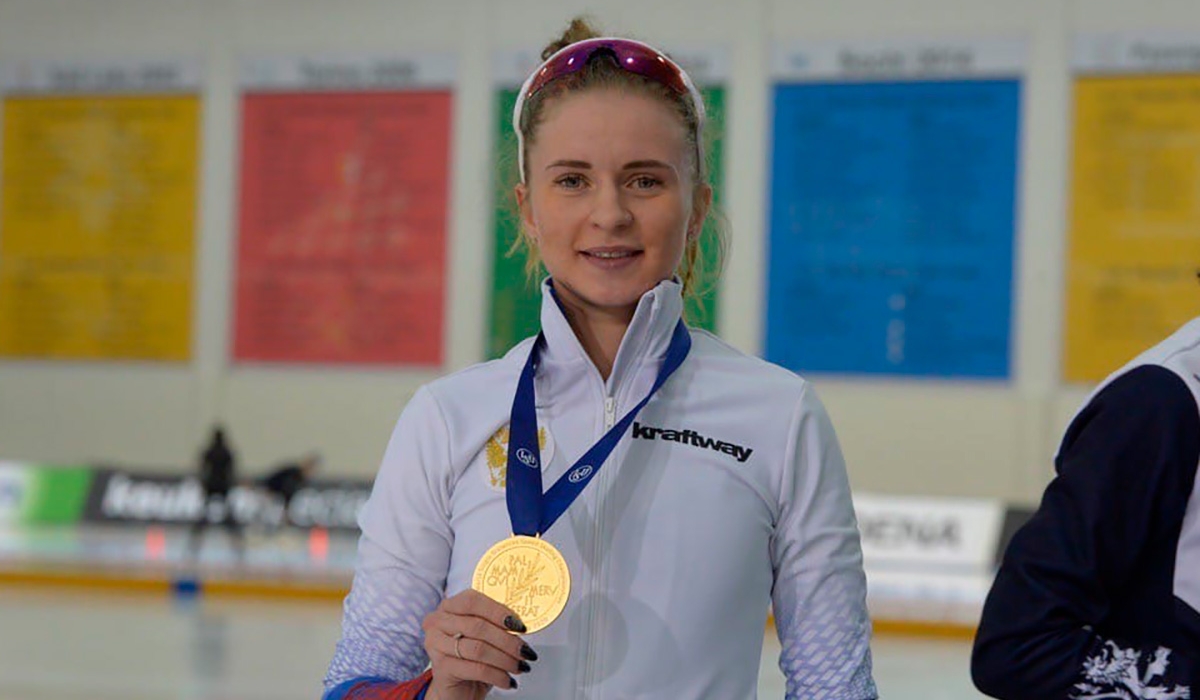 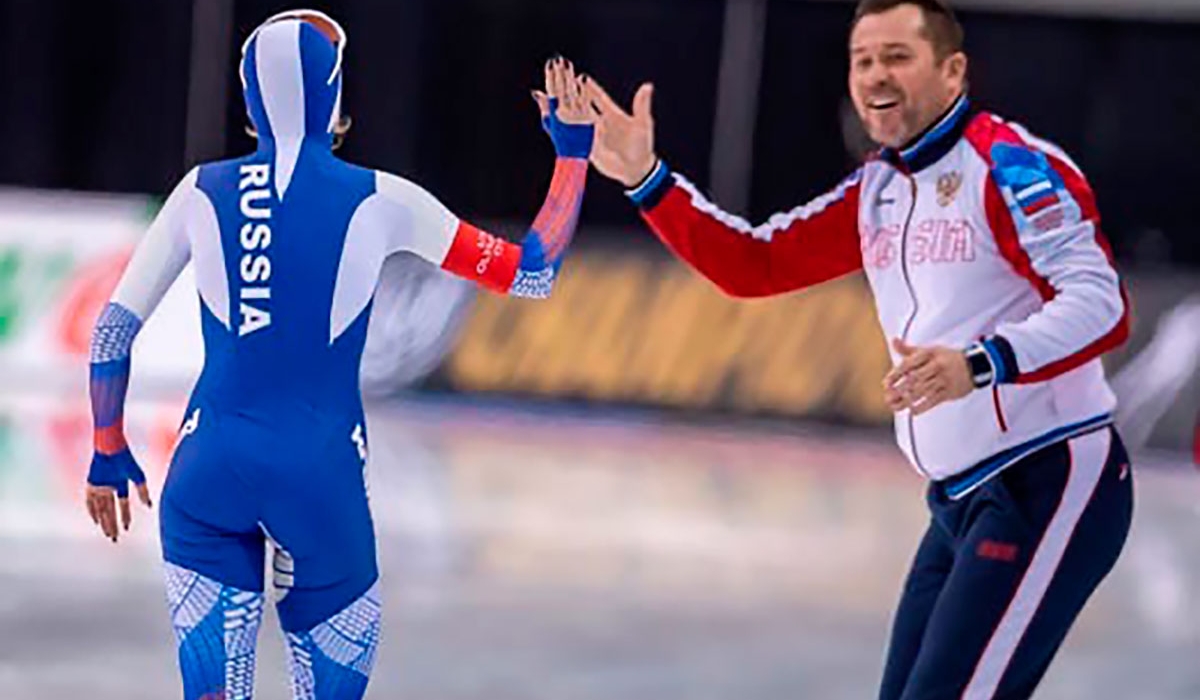 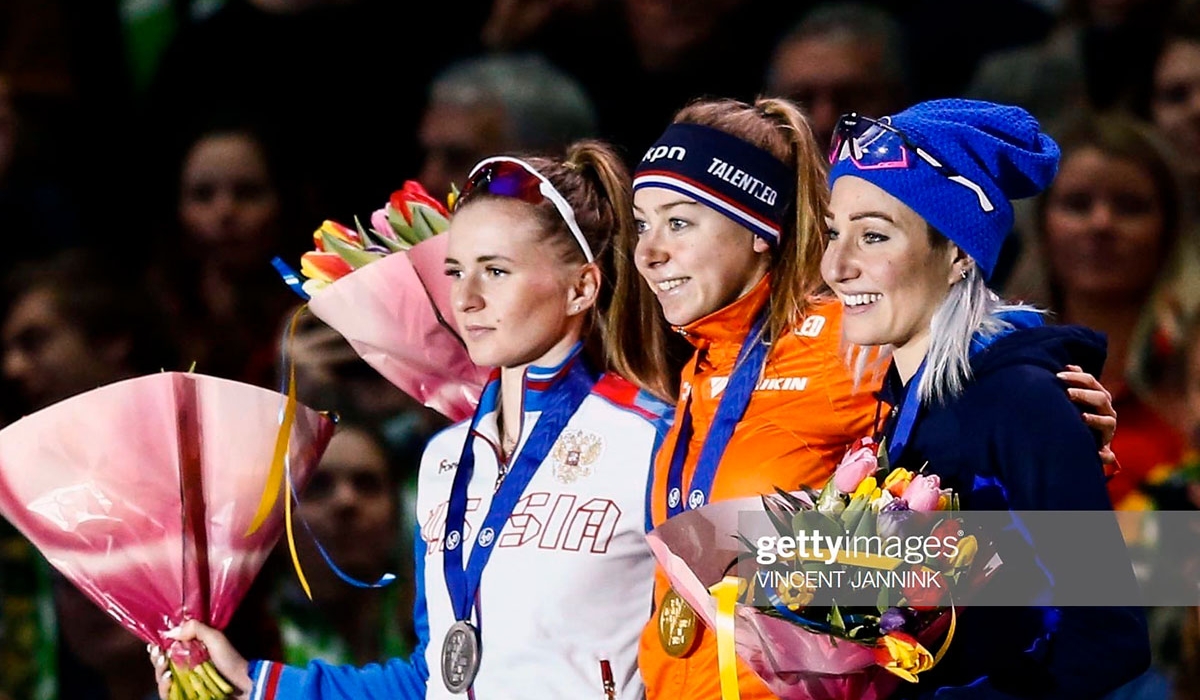 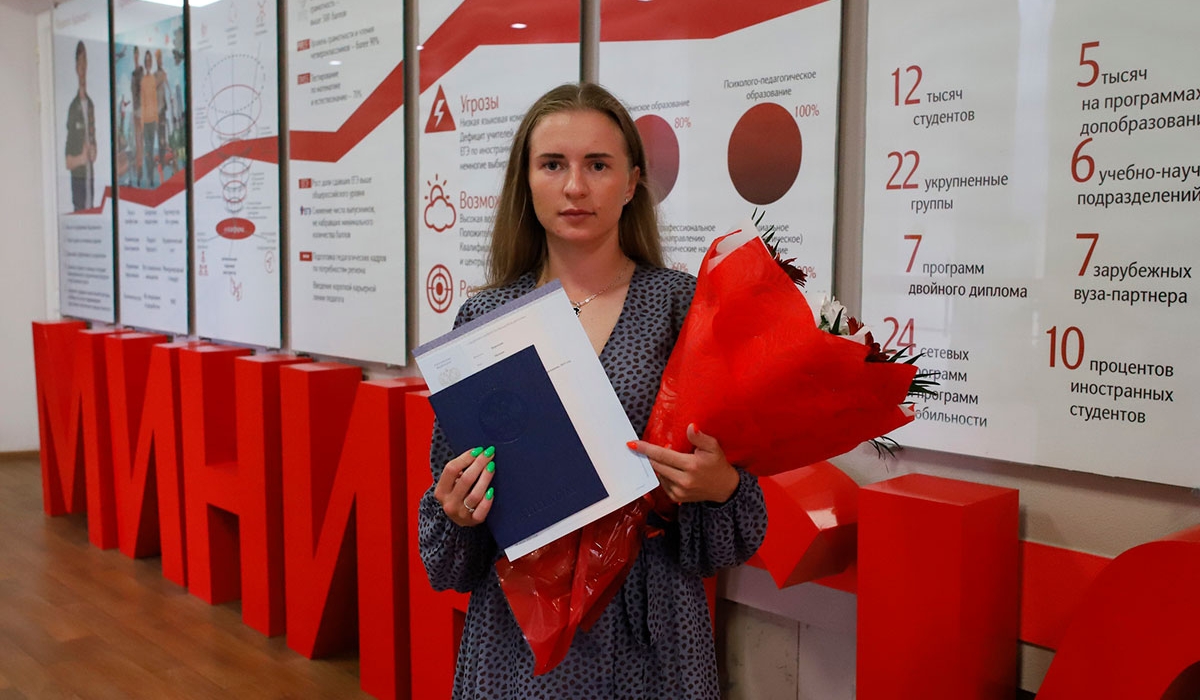 Natalia, when did you start skating?

My first coach was my mom. I tried skates when i was 2 or 3 years the first time. I really liked it. At one point, I wanted to do gymnastics as well, and then dancing, although it is not even close. I think that this was a sign of destiny, when my dog ate my dance leotard. Thus, my career in dancing was over. I continued with speed skating and I used to go to the training camp. In 7th grade I had a coach Vladimir K. Akilov. He is an honored coach of Russia and the only specialist in Nizhny Novgorod in this field.

In 8th grade I went to the school of Olympic reserve. After that, I took courses and then entered the University of Nizhny Novgorod named after N.I Lobachevsky, but later , after one year of studies I transferred to Minin University.

Now my training takes place in the skating center in Kolomna, where I have been living for the last 3-4 years. After I finish my sports career I am planning to return to Nizhny Novgorod.

Who helped you to decide on your career path?

I enjoyed sport when I was a child. No one forced me, it was my personal desire. I liked training camps as well. When I got to the national Russian team, I got the opportunity to visit other countries.

When did you have first achievements? Why did you decided to take up sport professionally?

My first triumph was in 2014. It was the Russian Championship for juniors (for athletes under 18 ). I won the 1st place at a distance of 3 km. The principles of selection were as follows: if you are the first, then you will go to the World Cup for juniors. It was the first trip abroad, I had never competed with foreign athletes before that. Then I did not know how to motivate myself for such an important event. The season after the World Cup was over, I did badly there and was upset with the results.But Vladimir Konstantinovich Akilov icame up to me nformed me: "Well, you are joining the team!". I was very surprised! From that moment it all started. A week later, I went to the training camp. The first year was very difficult because of the increased training.

I also was emotionally difficult, I was shy, felt as if I was alone in a team. Gradually, I got used to it.

In 2014, I was transferred into the category of "Adults" and I qualified for the World Cup.
2014-2015 season was very good for me. I won the first adult medal in 2015 - it was a team bronze in the world championship
In 2015, I moved to another team because of the change of coach. Our team coach was Paul Bratkiewicz. He specialized in the sprint, while I skate in long –run distances. We have been working for 5 years, we found mutual understanding, I began to have serious results.
After the preparatory season in 2015, I established the Russian record at a distance of 3 km, and then at a distance of 5 km. I began to gain personal medals at World Cups.

The Season 2015-2016 was very successful for me. In that season I was second in the overall World Cup.

How did you train for the Olympics? What were the impressions?

I had been preparing for this event for many years. It was important to show results, although there were a lot of tears and doubts about the Olympics because of the unpleasant situation around the participation of our country in competitions, and even persecution of Russian athletes. I was supported by authorities of the Nizhny Novgorod Center of athletic training. The Olympics brought very mixed emotions: only three athletes from twenty were allowed to participate. . It so happened that when I arrived in the Olympic village and I was the first one. Our coach was not allowed without explanation. In training, I went out on the ice with a stop watch, and I'm not used to do it that way. It should not be so.

The 3 km distance at the Olympic Games was emotionally difficult for me. I was nervous, my mouth was dry, and it was difficult to breathe. My self esteem was low after this race, I felt like I let down the team, as I came only the tenth. Thereafter he talked with his coach and regained my self control: the good thing was that before the next race I had a whole week to train, and I trained hard for several hours a day. I was not nervous before the distance of 5 km. It should be noted that my personal result at this distance was 6.53 previously, but it had been at the rink, located in the mountains, at an altitude of (all the athletes show the best results there, and so happened this year in Salt Lake City, but I will talk about that later). In Korea, the stadium was at sea level. The Dutch athlete overcame me with a score of 6.53. I was in a pair with Martina Sáblíková - a speed skating legend. I liked to skate along with her, as when we see a strong opponent, I strive to win. I tried my hardest. At First, we were side by side, but then I felt exhausted. Somehow I managed to put myself together and when finishing I won a one-tenth from the Dutch athlete. She accepted my victory and congratulated me on that. As a result, I have Olympic bronze!

I was crying with happiness. I wanted to share my triumph with my coach in person.

What other competitions did you take part in after the Olympics?

After the Olympics, was the finale of the World Cup, I came third in the overall World Cup.

In 2020, I took part in the World Cup in speed skating in Salt Lake City (The USA). We didn't win in the team race. On the personal distance of 3 km, I once again become the bronze medalist.
In Salt Lake City there is my favorite skating rink, which is located at an elevation. There's a terrific ice. There I broke my personal records. So I went out for a distance of 5 km, not thinking about the record. What I was thinking about was that I love this rink and I can skate there
Not everyone can have intensive training in the mountains, but for me it's a good place. I started very quickly, and when there were 2 laps left, my coach I shouted that I pulled ahead by 2 seconds. I thought that I would either finish the race or fall down. But I did it.

At a distance of 5000 meters is in the course of the competition the world record was broken twice, first Czech speed skater Martina Sáblíková showed the result of 6: 41.18 and then I improved a new highest world record by 2.16 seconds (6: 39.02) and became a world champion.

I am pleased when my coach is happy for me. He strongly believes in me. I enjoy my triumph for one day, and then I have to move forward again, I shouldn’t stop. Cup ratings show that I’m the fourth; I do not want to stop on this.

Please tell us about the Oscar Matisen prize, which you received recently? What does it mean to you?

It is a prestigious and important award. It is voted for all over the world. It is important that the athlete is chosen from Russia. So people believe that we have a clean from doping and fair sport, despite the fact that now it is discussed in the media, etc..

Natalia, why have you chosen Minin University?

One of my friends graduated from Minin University, the faculty of Physical Education. She is a skater as well.

How did Minin University support you?

I received help and support, and I am very grateful. It is important for a professional athlete, as I often went to the training camp, the competitions, missed some studies and did not manage to pass everything on time. Special thanks to the dean of the Faculty - Denis Ivanovich Voronin. The faculty helped me with diploma preparation, and I defended it without any problems.

Professional athletes need support at the university. We do not have time to show good results both in sport and education. It is impossible to be the best everywhere.

How did you train during pandemic?

I trained at home; I worked on the bike and simulators. Then I began to go out. In Kolomna Skating Center opened. But the mask mode is still working.

What professional and private plans have you got?

I am not planning to quit sport or to become a coach. I have got a goal to take part in one more Olympics. Let us hope that it will be under our flag.

How to be motivated? How to avoid emotional burnout?

I have got a goal the Olympics. And I am training hard. Everyone in our team are result oriented. If I am not allowed to take part in Olympics, I will finish my career.

What qualities should you have to become an athlete?

It is necessary to be determined, hard working, striving to win, have the so called sports rage. You shouldn't relax in the training plan, you need to work constantly. The main goal of any athlete is to achieve the best results.