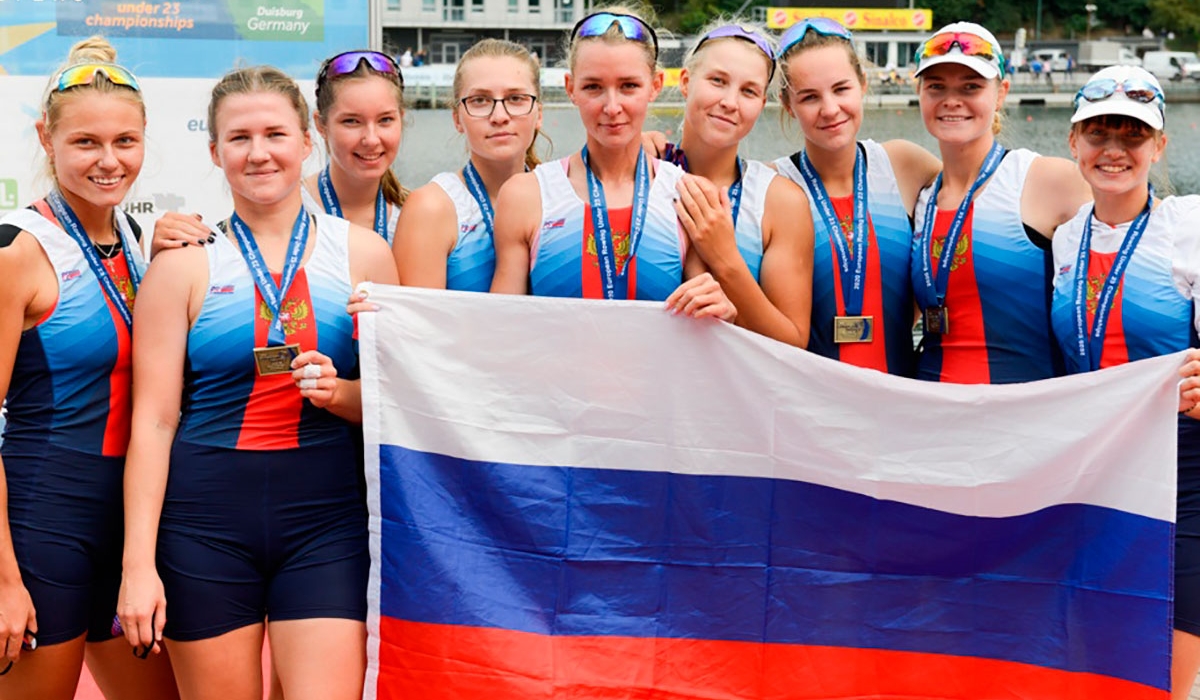 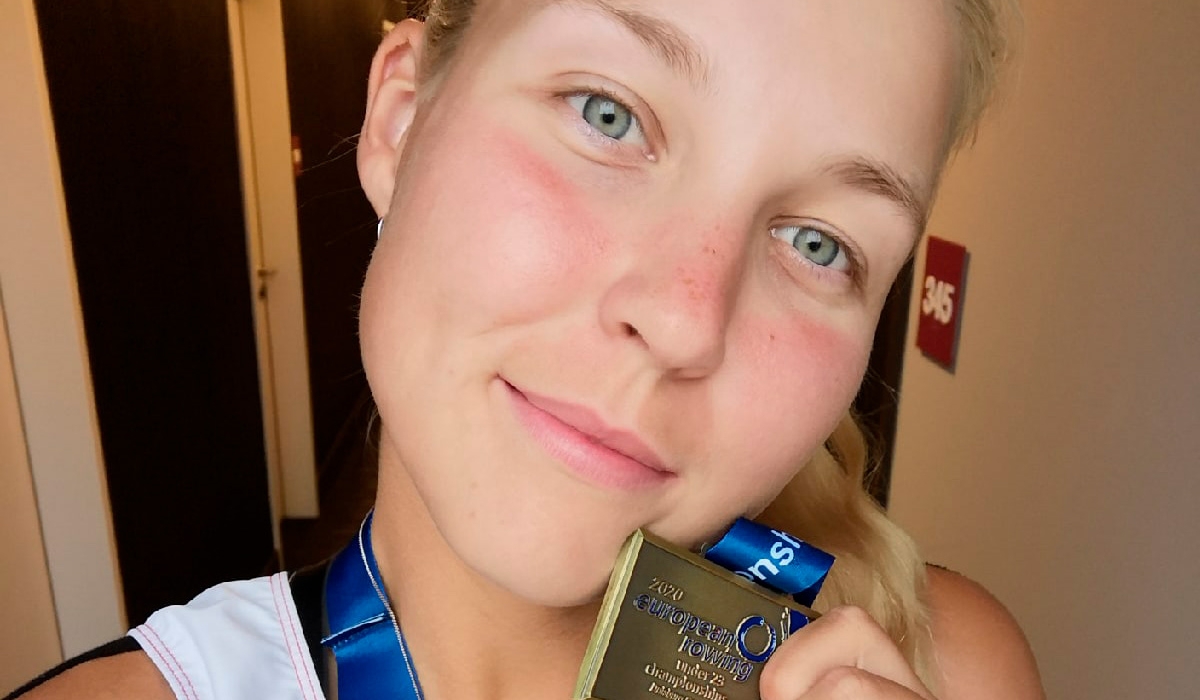 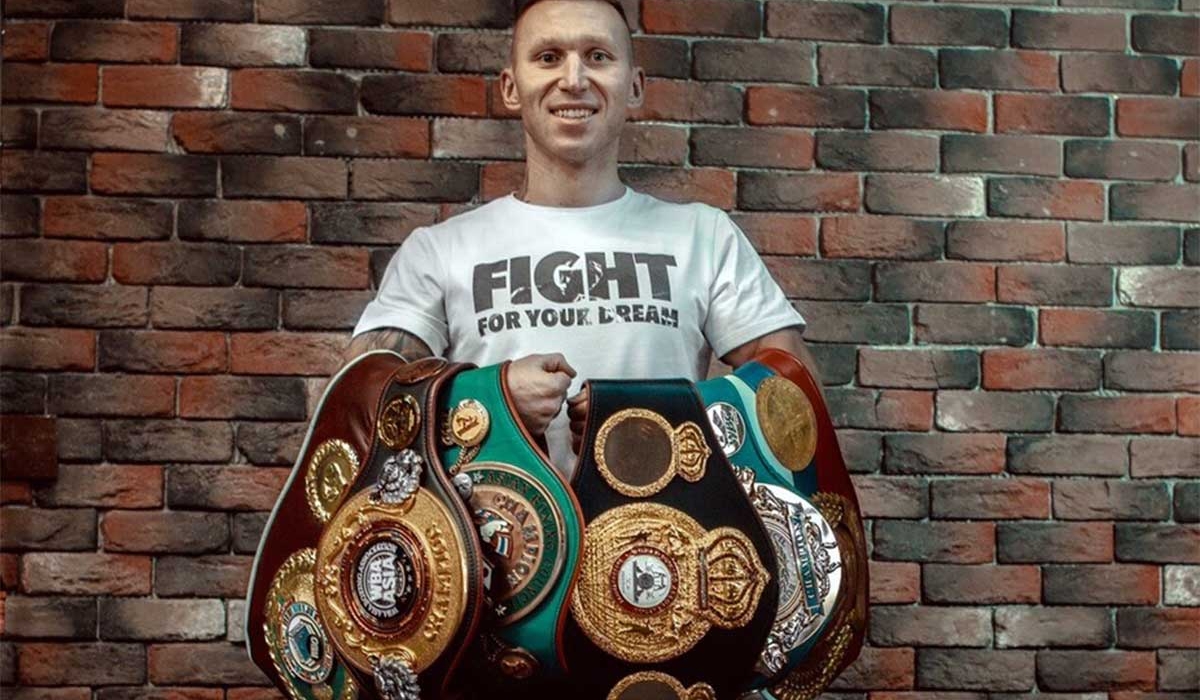 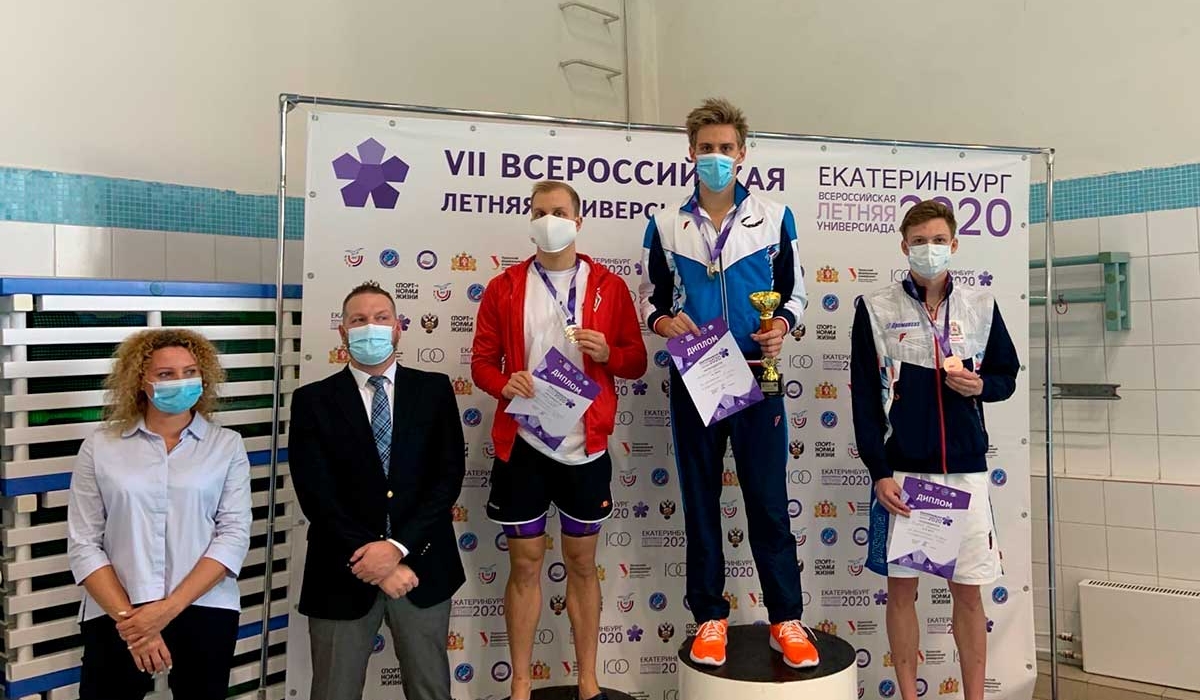 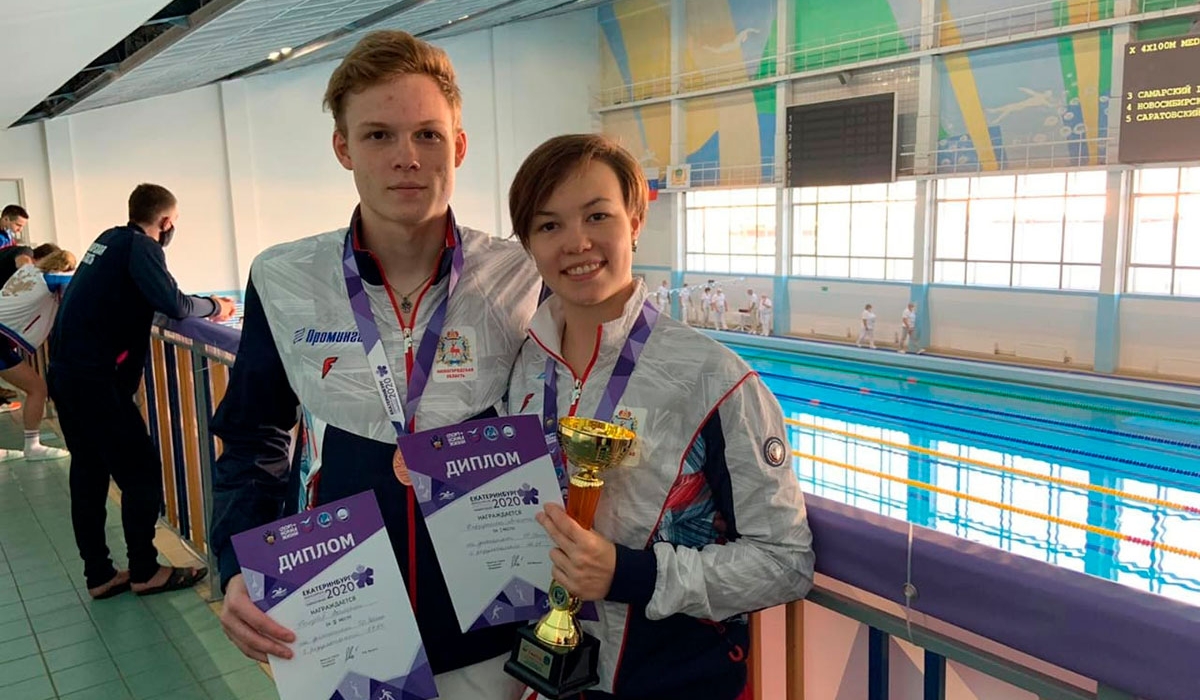 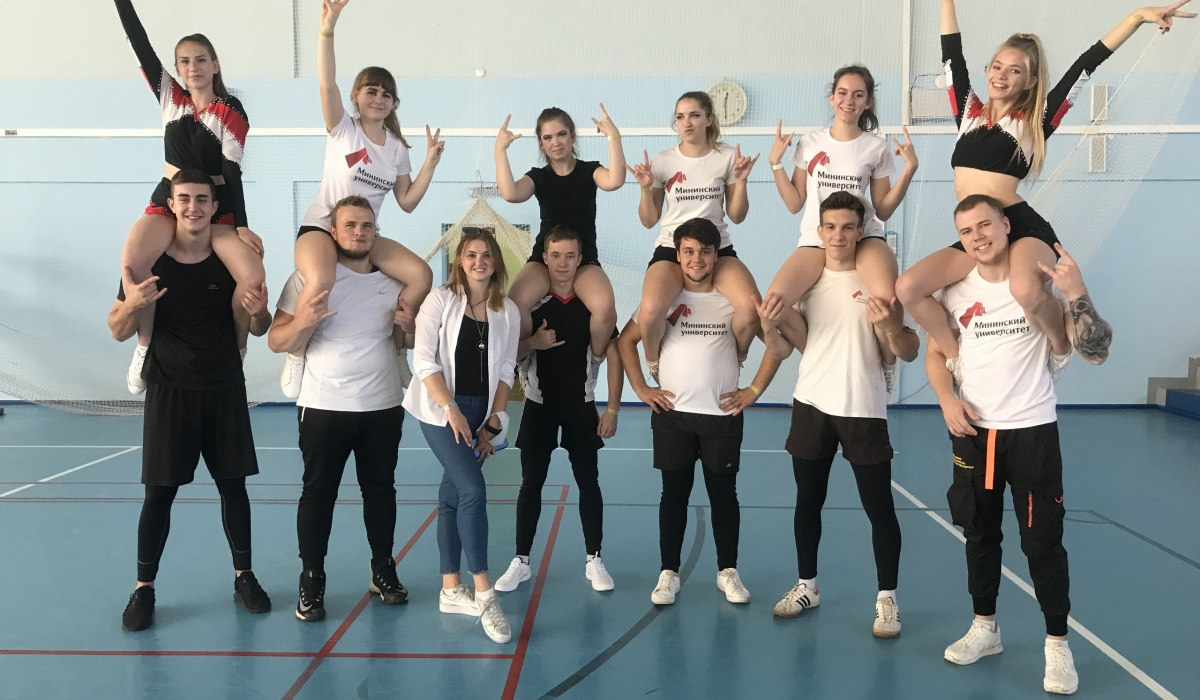 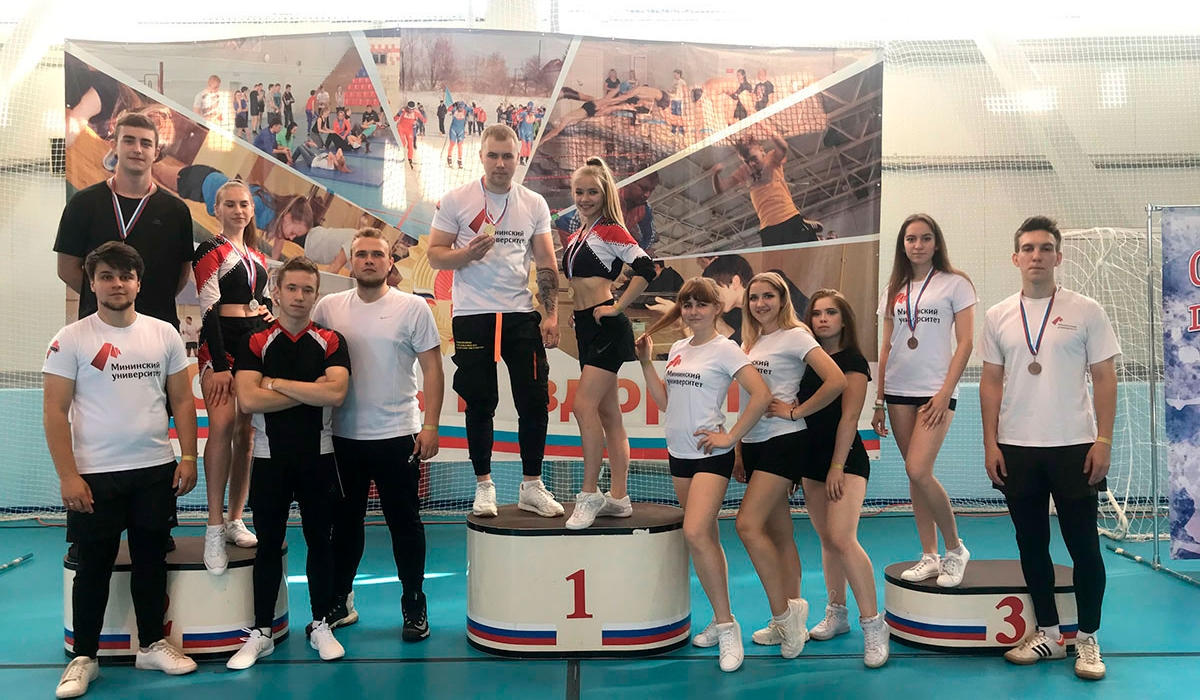 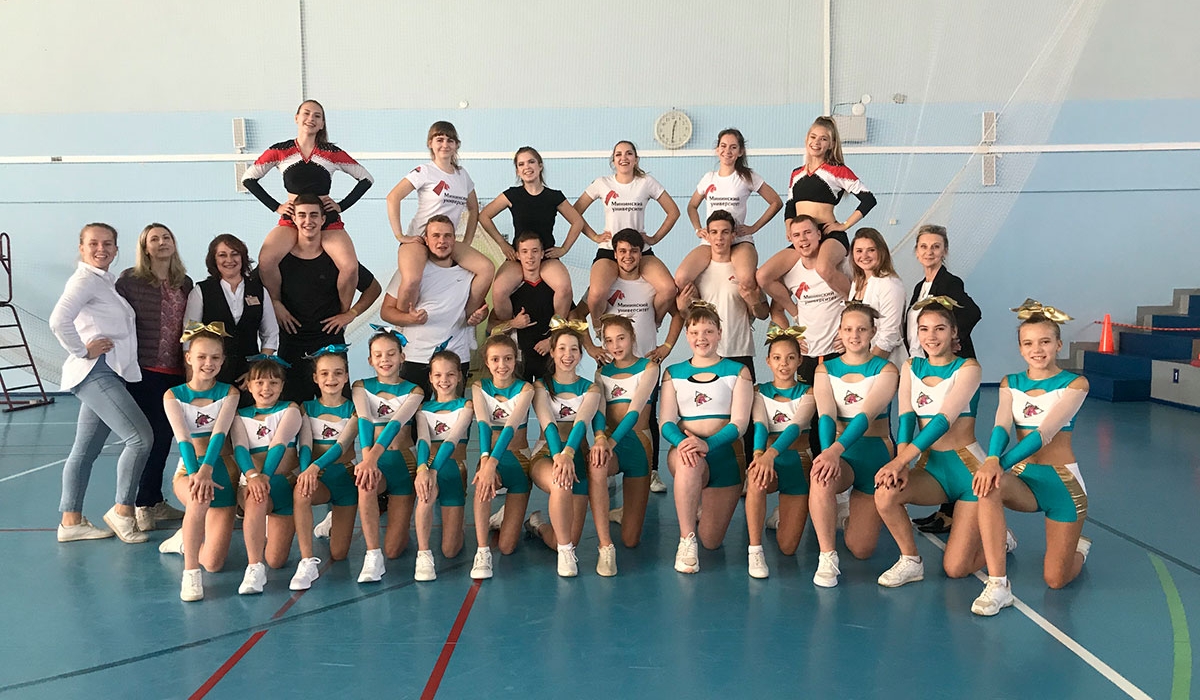 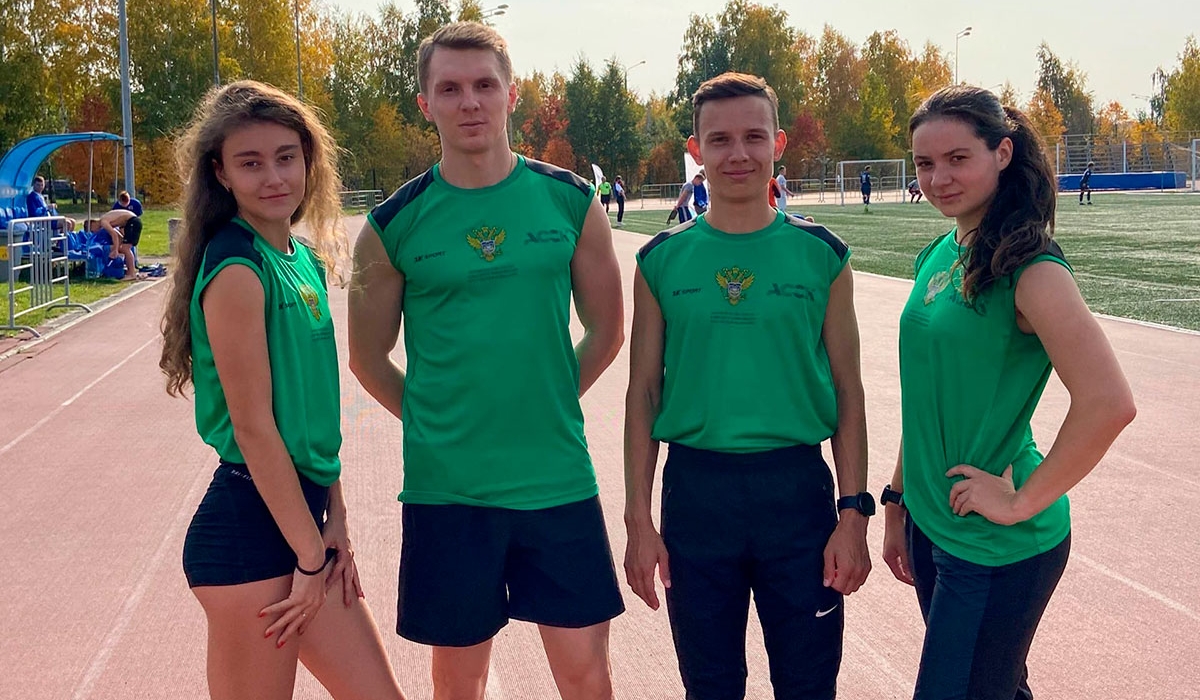 The European Rowing Championship (U23) was held in Duisburg (Germany) on September 5-6.

The Championship became possible due to the agreement with the city authorities to implement a protection plan against infections. The event was carried out according to all the established rules and requirements, despite the prohibition of major events in Germany.

10 crews and 42 athletes were representing Russia.

The Women's team W8 + that consisted of 8 athletes and included a Minin university student of the Faculty of Physical Education and Sports, Ms. Daria Kukushkina, was the third to cross the finish line.

Daria Kukushkina: "Because of the pandemic the championship was harder than usual but overall I'm happy with the result!"

The cross was started on the territory of the Victory Park (Nizhny Novgorod). It was the 71st relay race for the prizes of the government of the Nizhny Novgorod region and 94th race for the prizes of the newspaper "Nizhegorodskaya Pravda". Minin university students of the Faculty of Physical Education and Sports took an active part in this event both as volunteers and participants.

“It's so great to be a volunteer at events like this. It is always interesting to watch the athletes during the competition. Together with runners we feel excitement before the start and at the moment of passing the relay, we worry and cheer together with the participants" (Alina Manyakina, 1st year student, Faculty of Physical Education and Sports).

Minin university team took the 2nd place in the competition! Our congratulations!

The first medals were won by the Nizhny Novgorod swimmers. Mr. Valery Golubev, a Minin university student of the Faculty of Physical Education and Sports, won the bronze medal in the competition on 50m butterfly.

“This is the first experience of performing at student competitions. I am extremely happy to represent our University. I think that I have achieved a good result, despite the long break in the training process because of the epidemiological situation in the country and cancellation of all competitions. Bronze medal is a really good achievement at the competition, where the strongest swimmers and representatives of the Russian national team participated. Although the main contests of this year are still ahead. For instance: Russian Swimming Cup Finals in Obninsk 02-04.10.2020 "

The Cheer Sport Championship of the Nizhny Novgorod region took place in the city of Bogorodsk on September 27, 2020. For six months, the athletes have been looking forward to the opportunity to re-enter the stage and show what they are capable of. All this time they have been training, complicating the performance program and conquering new elements. Under the guidance of the coach Ms. Larionova Oksana Sergeevna, Minin university team in Cheer-sport put up 6 groups in the "Partner stunt" discipline that competed for prizes.

Following the results of the competition, our athletes won all the medals in this discipline:

Very soon, the winners will be assigned sports categories that allow them to take part in Championships of the Volga Federal District.

The All-Russian Student Sports Festival "ASSK.Fest" was held in Kazan from September 30 to October 4.
The festival included 2000 students from all over the country, dozens of activities as a part of the ACCK.Fest program, several days of competition and training.
Minin university achievements in sports activities:

On October 6, 2020, the Kold Wars series tournament of professional boxing took place in Minsk. The main event of the evening was the fight between Andrey Sirotkin and Grant Dennis that lasted eight rounds. Andrei Sirotkin won it by knockout.

Andrey Sirotkin, a Minin university graduate student of the Faculty of Physical Education and Sports, is known for his versatile training. He came to professional boxing from kickboxing. The fight with Grant Dennis was another step towards the main fights in Mr. Sirotkin's life. In the previous fight that took place before the meeting with the British boxer, Sirotkin knocked out the Ukrainian Artem Karpets. However, so far the most noticeable victory in Sirotkin's career was the fight with the former world champion in two weight categories, Ricardo Mayorga.

We congratulate Andrey and wish him new victories and achievements!